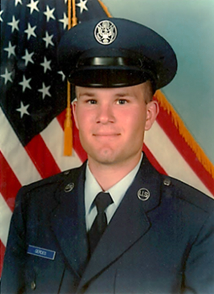 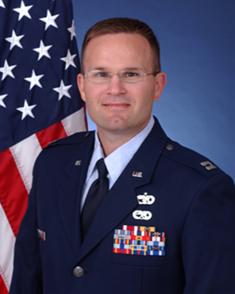 Maj. Chadwick T. Gerdes, a 1992 Calamus-Wheatland High School alumnus, retired from the Air Force on May 30, 2013 after 20 years of service.  Gerdes began his military career in 1993 in the active enlisted service.  While at his first duty station, Whiteman AFB, Mo, Airman Basic Gerdes was an aircraft mechanic on the B-2 Stealth Bomber for over three years.  Chad followed up his tour in the Midwest by moving across the ocean to Ramstein AB Germany.  While stationed in Germany, Chad changed aircraft and became a mechanic on the C-9 Medivac aircraft, which provided medical evacuation response for the entire European, middle-eastern, and African theaters of operation. He and his family were also blessed to be able to do some personal traveling as well around Europe. Chad remained in Germany until mid-2001. In July 2001, he was accepted to officer training school (OTS). While commissioned, he was a logistics officer serving tours at 4 locations stateside, Korea, and a year in Afghanistan embedded with the Army.  Major Gerdes is a highly decorated Airman, but believes his two most proud accomplishments were turning his young Airmen into future leaders and flying Medical Evacuation missions while in Germany saving lives of fellow service members and their family members when needed.

Gerdes is the son of Lavern and Joyce Boedeker of Calamus, IA. and Tom Gerdes of Oxford Junction, IA. His wife, the former Renee Woodford, grew up three miles south of Wheatland and is a 1993 Cal-Wheat graduate. They have two daughters, Veranecca and Audreyanna. 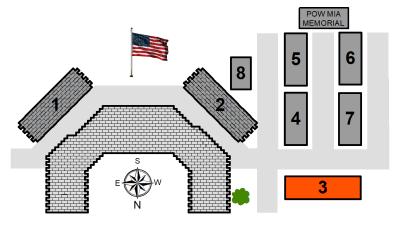